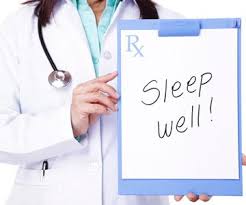 Our Sleep Doctors are trained in the various sleep disorders and sleep conditions. Sleep disorders can range from an inability to obtain adequate amount of rest to insomnia or obstructive sleep apnea. Sleeping disorders are defined as a change in sleeping behavior that can have a negative impact on your health. Sleep apnea is a type of sleeping disorder commonly identified as episodes of paused breathing that can last from as little as a few seconds to as long as several minutes.

Usually, the body eventually realizes that it isn’t breathing and, with a choking or snorting sound, starts again on its own – all this happens while the person is asleep. In many cases, people who suffer from sleep apnea have little to no memory of not breathing throughout the night, even though a person can experience 30 or more episodes of paused breathing every hour, according to the National Heart, Lung, and Blood Institute.

Fortunately, people have options when it comes to treatment for sleep apnea if they display sleep apnea symptoms and are diagnosed as having sleep apnea by a physician. Sleep Study Clinic Los Angeles is a full service medical clinic offering services for those who suffer from sleep disorders like sleep apnea. Sleeping Disorders Sleeping disorders are dangerous for a couple of reasons. First of all, the body requires healthy, uninterrupted sleep in order to heal, grow, and recharge. If the body is deprived of healthy sleep, it can have a drastic impact on a person’s physical and mental health. Another reason why sleep disorders are dangerous is because they affect the body while it sleeps, when the person suffering from the disorder has little to no control over how the body may react. In the case of sleep apnea, some patients may be more susceptible than others to being unable to wake from an episode of paused breathing.